An actor works on a La Fontaine fable with the students of a primary school in order to immerse them in his personal quest. Imagine a real time laboratory school, with children and teachers-- a lively and participative artistic approach. In a certain way, Alexandre Castonguay embodies freedom within a school setting full of codes, paradigms and rules. Where does it end? "Who of the dog or the wolf are we? This documentary film questions the ambiguity of social ranks and the limits of freedom. 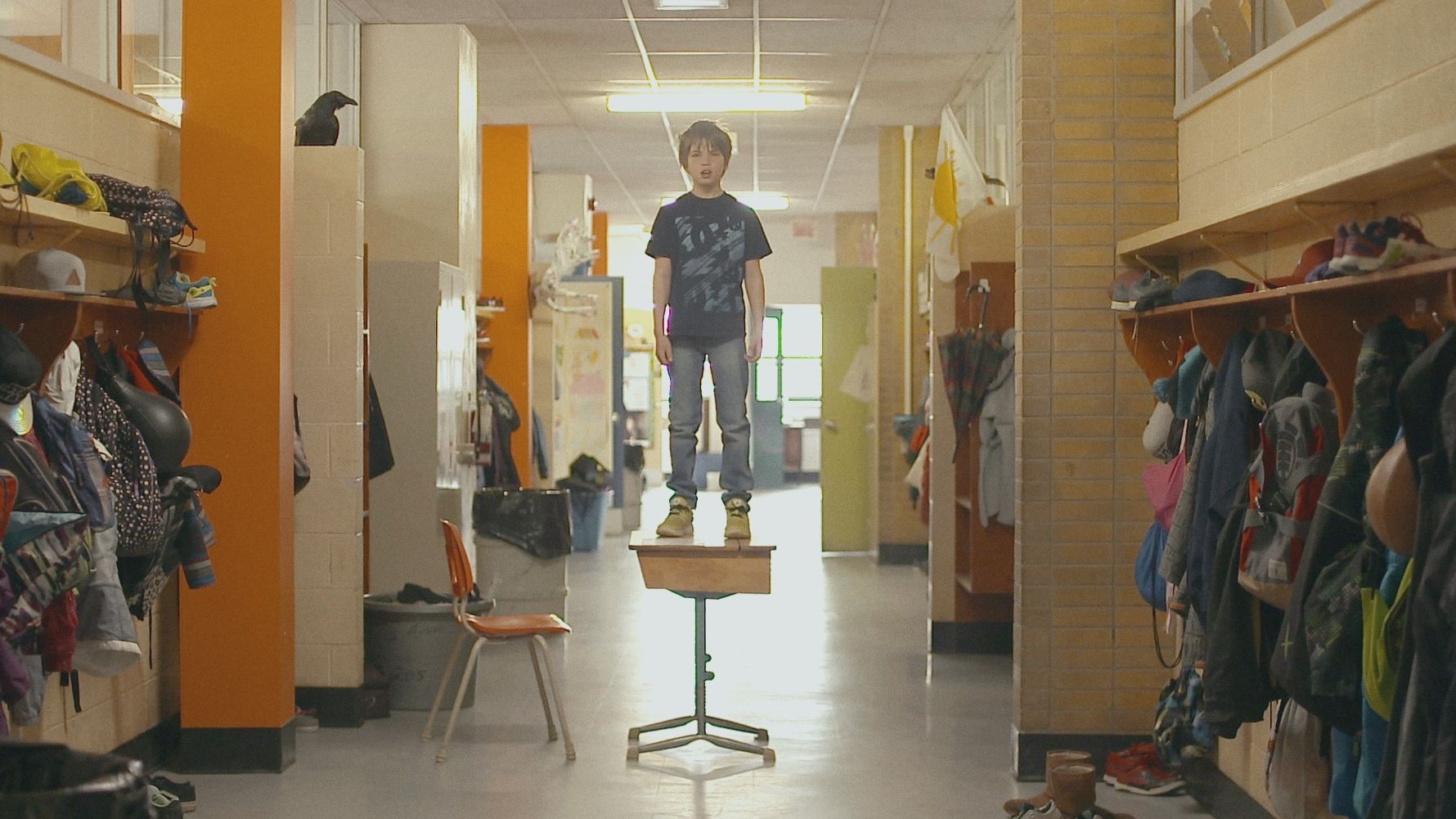 For more than a decade, Dominic Leclerc has combined artistic and cinematographic projects. After making reports throughout Quebec for a competition, he moved to his home region and produced several digital works. He has also worked as director, director of photography and film editor. Leclerc made his first feature film, Alex marche à l'amour, in 2013 with actor Alexandre Castonguay. Les Chiens-loups, his second major project, is an opportunity for the director to work again with his good friend.