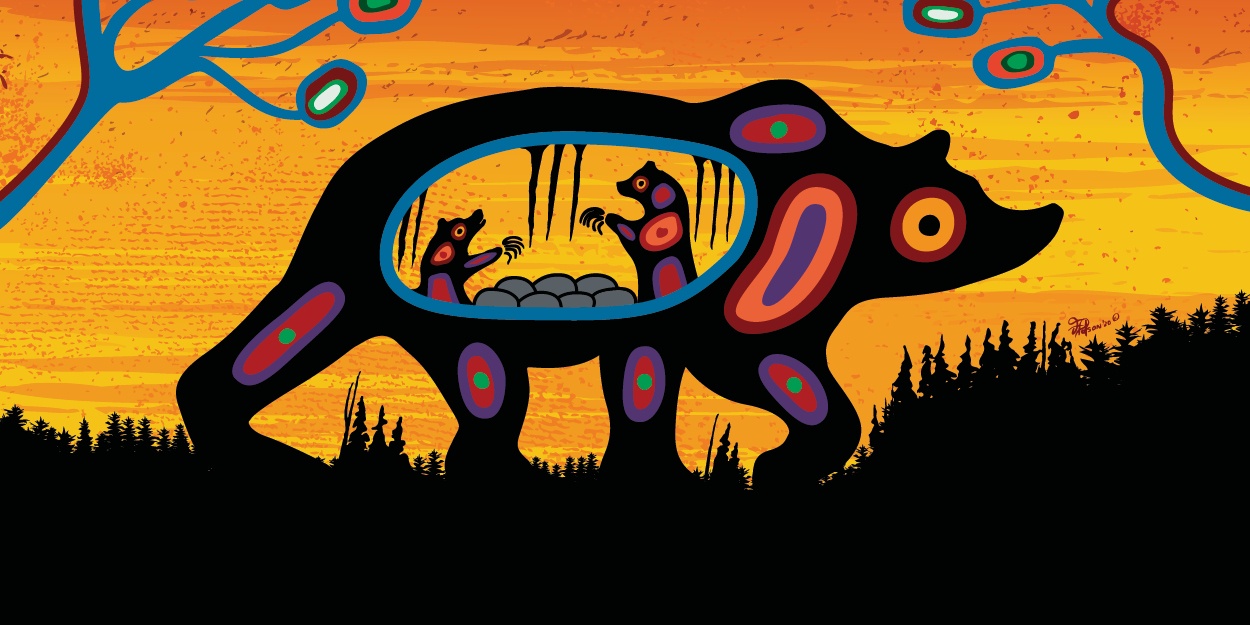 “An anthem to courage and perseverance”

On Saturday, October 31th 2020, the Festival du cinéma international en Abitibi-Témiscamingue will host the North American premiere of LE CLUB VINLAND, a film directed by Benoit Pilon. Endearing characters, a feel good story, it will bring back memories of the teachers who positively influenced your life path!

Well known by the Festival, Benoit Pilon is a director and screenwriter who stood out as well in the documentary universe than fiction. He made himself known with his critically acclaimed documentaries, Rosaire la petite nation and Roger Toupin, épicier variété. His first feature film, Ce qu’il faut pour vivre, has been a resounding success. Followed by two more feature films, Décharge and Iqaluit, which, as LE CLUB VINLAND, are attentive to the historical and social setting in which the characters evolve.

LE CLUB VINLAND is the story of an outstanding educator, in eastern Quebec during the 40’s. Idolized by his students while angering his congregation, Frère Jean, a charismatic progressist, dreams of heightening his students’ motivation and avoiding that Emile quits school, by resolving altogether a historical enigma about Vikings ever landing on the coast of St-Laurent. Frère Jean leads an archeological expedition to prove this theory about the Vinland. This endeavor will disrupt the lives of both the young Emile and Frere Jean.

« It is a movie full of light; it makes us feel good, considering the context we live in. The landscapes of Charlevoix are breathtaking and they make us travel in a blink of an eye. The courage and perseverance, as much from Frère Jean than young Émile, are truly moving and will inspire without a doubt. Brotherhood is portrayed as the lifesaver from the storm, surely making us smile », points out Jacques Matte, President and cofounder of the Festival.

Produced by Productions Avenida and distributed by Les Films Opale. 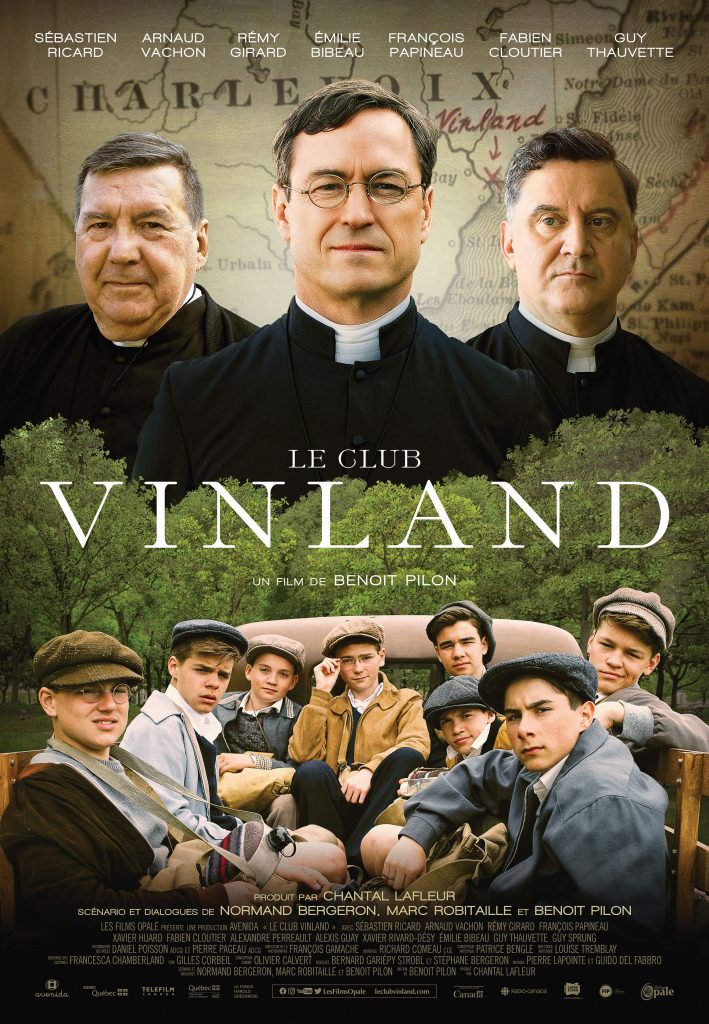 “A tribute to force human fierceness”

Thirty-something Rachelle’s life disrupts by a breast cancer diagnosis. To help her share her feelings and externalize what she goes through, she starts to film the steps of her fight and her confessions. Most of the image taking was made with her phone, live from her life, so they expose laughs, worries, cries and little victories she went through all along. The picture stands as a simple witness, without judgement, letting the truth pass through.

“My goal with this movie is to help out those that face cancer, the patient as much as the caregivers. When I got sick, I was reading a lot on the subject, but nothing would explain what my life would look like, what it meant to live with cancer. By making this movie, I wanted to give out this landmark” , shares Rachelle Roy, the director.

DANSER SOUS LA PLUIE is an inspiring and emotional movie. We get so close to the protagonist, that we feel like we are simply taking some news from our best friend. We are as invested in the story as if we have always been a part of her life. The documentary is scattered with love, resilience and celebrates these relationships, which make a big difference.

For the first time in the history of the Festival du cinéma international en Abitibi-Témiscamingue, a local production film will close the event. A conclusion filled with hope, putting us back in perspectives, in these pandemic times. 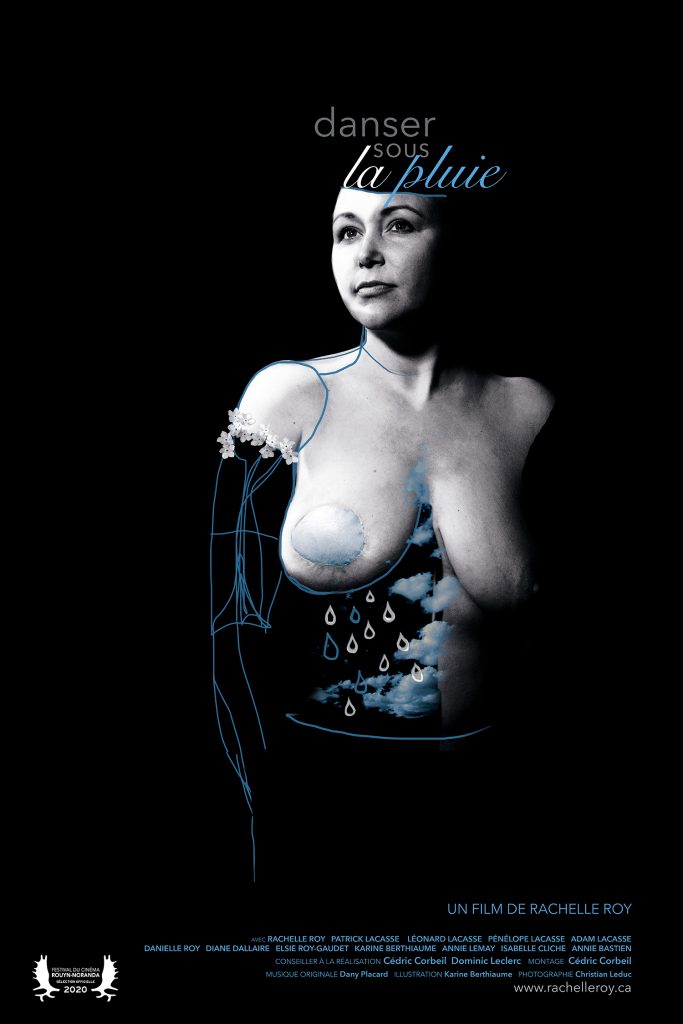 The UQAT will proceed to the official handover of the honoris causa doctorates during a formal ceremony, on Saturday, October 31st afternoon, at the Théâtre du Cuivre with distinguished guests and festival-goers.

Jacques Matte, Louis Dallaire and Guy Parent, as well as Manon Barbeau will receive with the highest academic distinction. For the cofounders of the Festival, it puts light on the tremendous amount of work they put in since the very beginnings of the Festival, which has had multiple aftermaths on the cultural, financial, touristic and social spheres of Abitibi-Témiscamingue. For Mrs Barbeau, this acknowledgement shows how important is her contribution to the youth of the First Nations, with the Wapikoni Mobile, among others, that allows the kids to re-appropriate their culture and express it through the 7th art. 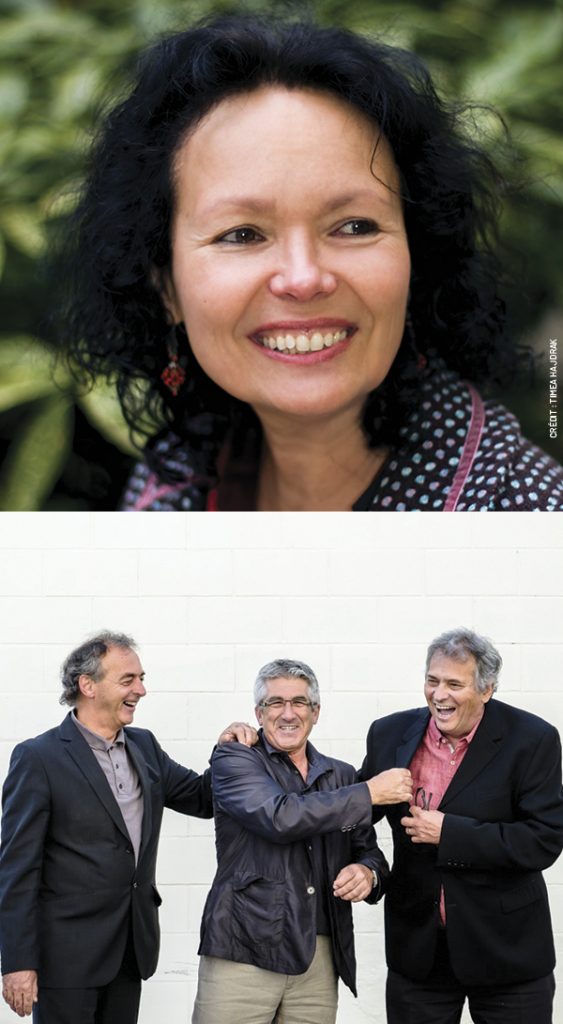 The 39e Festival’s poster originated from a magnificent artwork from Frank Polson, for a third year in a row. He is a painter from the Long Point Nation community, in Témiscamingue. Polson describes himself as self-taught. He finds inspiration with numerous memories from when he was trapping with his father, night and day under the breathtaking canvas of the northern skies, lit by sunsets and sunrises. He managed to develop his own style, allying tradition and modernism, and his work travels boundaries to reach new audiences. The unique universe to his paintings always gets to captivate us.

“Amongst the Seven Sacred lessons of the Grandfathers, the bear represents courage, because mama bear will fight even the strongest predator to protect her cubs.  Of all seven clans inside the Anicinàbe social system, members of the bear clan provide protection for the clan, as police officers and healers. They are renowned for their ability to heal, because they own the knowledge of the medicinal plants they find in their forest patrols” , explains Polson.

The talented Stéphanie Cloutier, web designer from LEBLEU Communication humaine, who, again this year, got to reclaim his workpiece to create our gorgeous poster. 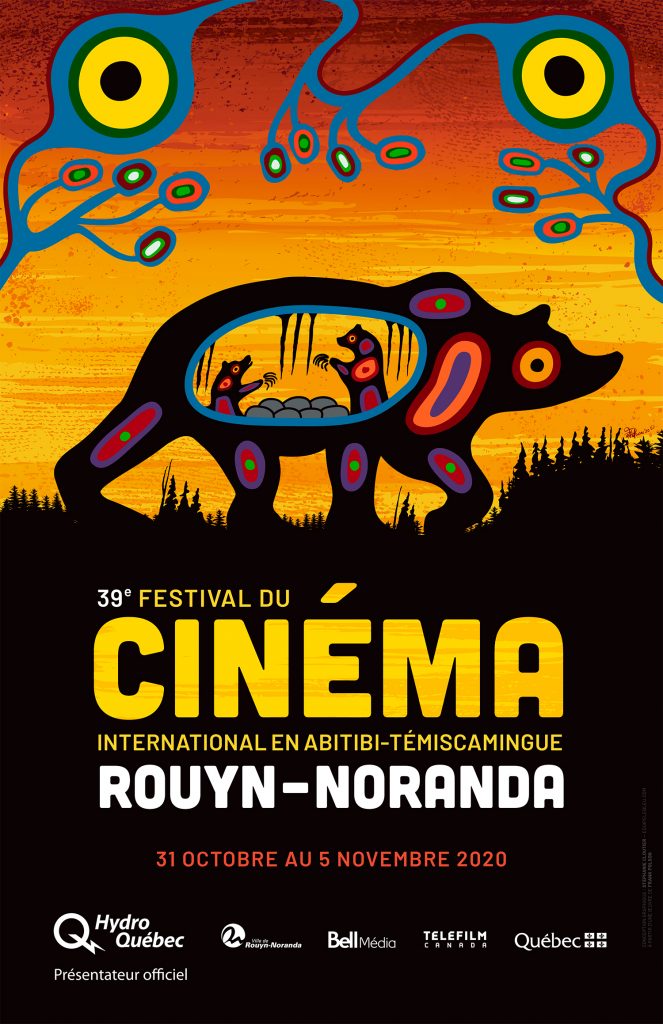 The vital partners of the 39th Festival

“With us, to overcome this exceptional year together”

As the years went by, the relationship between the Festival du cinéma international en Abitibi-Témiscamingue and its financial partners, its volunteers and collaborators is close to a familial bond. Even in those uncertain times, they all keep on supporting us and being a part of us, bringing a more than welcome new breath and energy. This proof of community and faithfulness is quite impressive and we believe that saying a huge thank you to this amazing team working behind the curtains, is most important, today more than ever.

“This year is a challenging one and full of never seen changes. Because of the collaborative work of our volunteers, collaborators, the team, our precious partners, we are here today for our 39th Festival. We received a tsunami of love to pursue our vision, and we want to share it with the audience, genuine cinema lovers. This might be why we scattered hope throughout our program”, explains Guy Parent, cofounder of the Festival.

Thanks to all these kind-hearted people for their passion and creativity, they largely contribute to the success of the 39th Festival du cinéma international en Abitibi-Témiscamingue.

The complete schedule will be unveiled on October 13th and the tickets for all screenings (including opening and closing nights) will be for sale on October 15th. With the actual context we live in, there will be no passports nor packages for sale: individual tickets per screening with designated seats only. We will broadcast more information about how to purchase tickets at the beginning of October.

For more information, go to festivalcinema.ca. 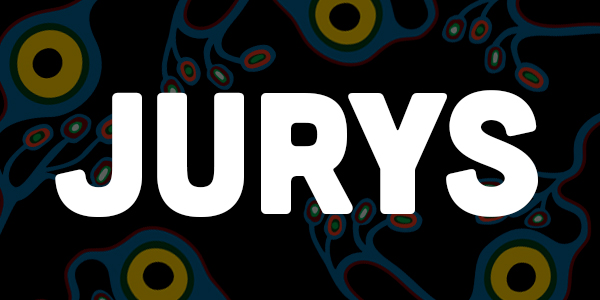 THE JURIES – An impressive professionals brochette

They are cinematographers, festival programmers, cinema university professors, music workers, social media and numeric pros, and more! A great diversity of film-lovers with various tastes and interests composes our juries. Let’s introduce properly these passionate people who will have the responsibility to pick the most deserving films in each category. 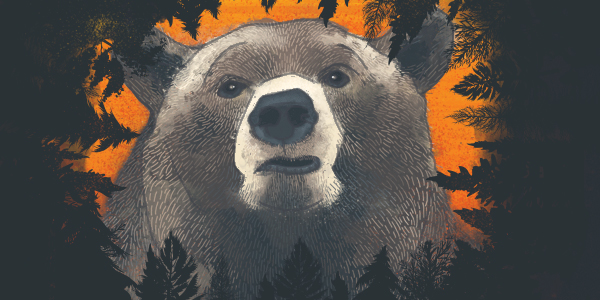 TO OPEN YOUR APPETITE BEFORE THE BIG UNVEILING !

Discover the look and the whole new formula for Espace court 2020, adapted to our era. 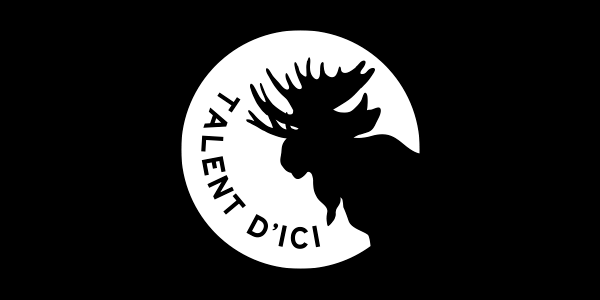 As a major vector for great modern international cinema discoveries, the Festival du cinéma international en Abitibi-Témiscamingue is seated at the first row to put the spotlight on local talented artists, from our dearest Abitibi-Témiscamingue. As advertised a few weeks ago, on the closing night of the Festival, will be presented in world premiere, the very first feature film by Rouynorandian Rachelle Roy, DANSER SOUS LA PLUIE. It is the first time in the history of the Festivalthat the closing feature is a local production.